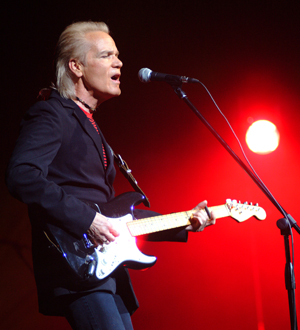 Brian is an internationally successful recording artist and performer since 1960. He has an 18 track CD “Brian Hyland, Greatest Hits” on Universal as well as many other foreign and domestic compilations.

Vocally and artistically Brian has been called “chameleonesque” for all his musical changes, having produced hits for five different labels and successfully recorded everything from Novelty to Pop Ballads; to Folk Rock and Country Rock; to Pop Rock and Pop Soul over more than a decade from 1960 to 1971. These timeless hits include: “Itsy Bitsy Teenie Weenie Yellow Polka Dot Bikini,” “Let Me Belong To You,” “Ginny Come Lately,” “Sealed With A Kiss,” “Warmed Over Kisses,” “Iʼm Afraid To Go Home,” “The Joker Went Wild,” “Run, Run, Look And See,” “Tragedy,” “Gypsy Woman” and “Lonely Teardrops.”

In the late 70ʼs Brian recorded an album of songs in New Orleans with legendary producer and friend Allen Toussaint which is now available on iTunes in several different releases. However, he plans to make the “original” exclusively available on his web site in the near future which includes three original tunes and a bonus track.

On stage, Brian plays rhythm Stratocaster and blues harp in an eclectic set of country blues, roots rock, many of his hits and new original songs; all with a contagious enthusiasm for rock & roll. In recent years he has toured around the world and across America with his music, songwriting partner, Rosmari, on backup vocals and percussion and their son Bodi on drums, performing classic Rock & Roll . . . new . . . and gold.

In his studio, Brian plays an acoustic Taylor guitar, a custom ʼ68 Fender Telecaster, a custom “Vintage” ʼ57 Fender Stratocaster, a custom Cort bass, a Roland U20 keyboard/ synth, and Pro Harp harmonicas. They are currently writing and recording at home in California, continually adding to an archive of classic Rock & Roll, as well as new original music for independent release on Stone Buffalo Discs: “Blue Christmas,” “Another Blue Christmas,” and “Triple Threat: Vol 1,” “Triple Threat: Vol 2,” “Triple Threat: Vol 3” all available at www.BrianHyland.com “Itʼs only Rock & Roll . . . but we like it . . . & lookinʼ forward to Rockinʼ on!”