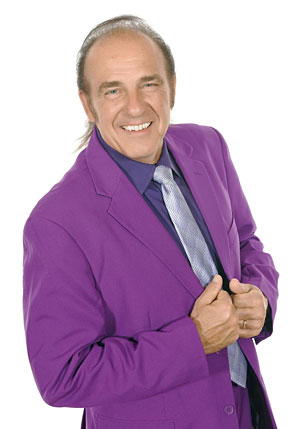 Jim was born and raised right in the heart of Detroit Michigan, the city that provided muscle cars and Motown music to the world.  As a young teen, Jim and his friends would take the bus to West Grand Boulevard in Detroit and stand across the street from Hitsville USA / Motown Records to catch a glimpse of some of the Motown hitmakers.

Influenced by Elvis and The Beatles, he started playing drums at 11 years old and was in his first rock band at 13.  Back in the late 70’s Jim was a member of a popular band, which performed 4 nights / week for 5 years in a local Detroit establishment.  That band recorded a number of singles at Hideout Records, a Detroit label founded by Punch Andrews, Bob Seger’s manager.   The recordings never received air play, and Jim departed the band in 1981 to pursue a career in automotive engineering.  That led to a 42 year career with Volkswagen where he had many opportunities to be the voice of VW with local and state officials, top management in Germany, and with numerous automotive safety organizations across the country.  During all these years the love of music and performing was still in his heart.  He regularly played in many bands over the years and always with a focus on the great music of the 50’s, 60’s and early 70’s.

In 2005, Jim and his wife Julie heard an advertisement on a local Phoenix oldies station for the Concerts At Sea cruise.  They decided to come aboard for the first time in 2006 and as they say…the rest is history.   They have enjoyed every year of the cruise since that time.   Somewhere along the way…Jim thought it would be a cool way to promote the cruise by doing videos with some of the entertainers that were scheduled.   This was done as a surprise to the CAS Team and the videos became a way for Jim to share his love & enjoyment of the cruise to everyone.  Two years ago he started a daily countdown to get everyone excited about all the activities that take place during the week of fun and music.   While he has not been an “official” member of Concerts At Sea staff, he morphed into an “unofficial” spokesman for the cruise with his videos and daily posts.

Now retired from Volkswagen, Jim continues to enjoy cars and playing music with various Elvis Tribute Artists, and as the drummer for 3 popular bands in Phoenix:  Speedway, Vinyl Rewind and The 56 tees.  He is also currently playing percussion for another Detroit native, Peter Rivera, the Original Lead Singer / Drummer of Rare Earth (Get Ready, Celebrate, Big Brother, Losing You)   Jim will tell you it’s amazing that he gets to provide back up for another born and raised Detroiter that was part of Motown, and recorded all those hits in the same studio Jim and his friends would stand across the street from during his teenage years.

Now, he officially joins The Concerts At Sea Team as the Master of Ceremonies for 2023.  While Jim will say he is not an “experienced” MC with a background in Broadcasting, as those who have filled the role in the past, his years of speaking to all kinds of audiences, and his genuine love and knowledge of the music of our generation were great preparation for this fun new adventure!!

Get ready – his smile, energy, passion for the artists, music, and travel will have everyone ready to ROCK & ROLL all week long!!