*Concerts At Sea is sailing on the Sky Princess as a large private group within an existing sailing. Information about this group is not available through the Princess reservation call center. 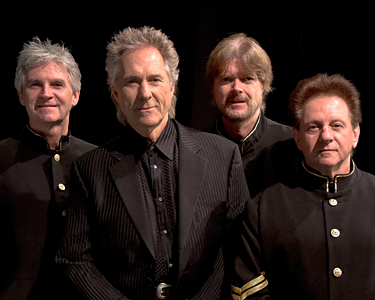 Gary Puckett and The Union Gap had six consecutve gold records and sold more records in 1968 than any other recording act …including The Beatles.

Gary is one of a few artsts whose first five releases went gold. Not even Elvis accomplished this. Mr. Puckett played a command performance at the White House for Prince Charles and Princess Anne by special invitation of the President. Gary has made more than 50 television appearances and has performed in a Made for TV movie. PBS aired a special in August 2001 in which Gary appeared. Gary Puckett and The Union Gap achieved prominence worldwide. “Young Girl” was reissued by popular request in England where it reached number one and achieved a Silver Record Award for the second time. This is a full six years after the song was initially released. The Gary Puckett and The Union Gap’s “Greatest Hits” album is one of CBS’s best selling “Collector’s Series” albums today.

Gary was a founding member of the incredibly successful “Happy Together” Tour playing to sold out performances in over 100 cites nationwide. Gary was invited to tour with the Monkees on their national reunion tour, which established itself as the major box office success of the 1986 touring season. In 1992 he went to Europe and recorded “In Europe “, now released in the US in 2001. In August 2001, Gary released his first ever Christmas CD, ” At Christmas “. Gary performs to standing room only crowds doing over 150 performances each year He currently resides in Clearwater Florida with his wife and family.