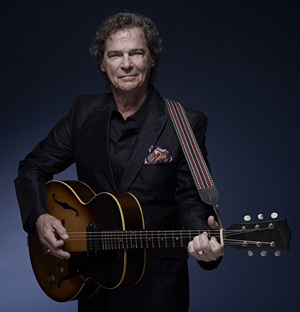 A true American institution whose iconic pop, country and gospel hits defined their respective generations and now transcend them, B.J. Thomas has found a unique way to celebrate an incredible half a century in music and some 47 years since his first gold selling hit on Scepter Records. The singer, a five time Grammy and two time Dove Award winner who has sold more than 70 million records and is ranked in Billboard’s Top 50 most played artists over the past 50 years, invites longtime fans and newcomers alike to his living room—or more accurately, The Living Room Sessions, his debut recording for Wrinkled Records featuring intimate acoustic re-imaginings of 12 of his most renowned songs. Working with famed veteran country music producer Kyle Lehning (Randy Travis, George Strait, Willie Nelson) at Sound Stage Studio in Nashville and backed by a host of Music City’s finest sessions musicians, Thomas recorded many of these as duets with a perfectly fulfilled “wish list” of guest artists from different genres.
These include pop great Richard Marx “(Hey Won’t You Play) Another Somebody Done Somebody Wrong Song”, country legend Vince Gill (“I Just Can’t Help Believing”), bluesman Keb’ Mo’ (“Most of All”), Lyle Lovett (“Raindrops Keep Fallin’ On My Head”), rocker Isaac Slade, lead singer of The Fray (“I’m So Lonesome I Could Cry”) and producer/songwriter turned popular contemporary standards singer Steve Tyrell (“Rock and Roll Lullaby”). Inviting Tyrell to the “living room” for a duet not only leads to some of the album’s most compelling vocal moments, but has rich historical implications that take both singers back to the beginnings of their careers—an era that included Tyrell managing Thomas and being the producer on Thomas’ original recording of “Rock and Roll Lullaby.”
Thomas also vibes on The Living Room Sessions with two lesser known powerhouses, labelmate and renowned Nashville touring and session singer) Etta Britt (“New Looks From An Old Lover”) and–consistent with his ongoing appeal to younger audiences as well as lifelong fans–20-year-old Broadway and soundtrack phenom Sara Niemetz, who joins Thomas on “Hooked on a Feeling.” The Living Room Sessions also includes four solo performances by Thomas that represent a several decade swing in his earlier career: the opening track “Don’t Worry Baby” (a Beach Boys classic first covered by the singer in 1977), “Eyes of a New York Woman” (1968) “Whatever Happened To Old Fashioned Love” (a #1 country hit in 1983) and “Everybody’s Out of Town” (1970). One of the keys to making The Living Room Sessions—Thomas’ first recording since the 2009 Brazilian themed Once I Loved—as cozy and warmhearted as its title promises was not over-thinking the process in advance. Realizing that most of these classic tracks lent themselves perfectly to the “unplugged” setting, he trusted Lehning and the Nashville “cats” (Bryan Sutton on acoustic guitar, mandolin, banjo, gut string guitar and dobro, John Willis on electric, acoustic and gut string guitar and dobro, Viktor Krauss on upright bass and Steve Brewster on drums and percussion) to just trust their instincts and do their thing.
While Thomas brings a fresh emotional urgency to each song, he mostly kept the arrangements simple and in line with the original, only varying the melody slightly on a select few—including “I Just Can’t Help Believing,” “Don’t Worry Baby” and “Hooked On A Feeling.” The surprise emergence of the Oscar winning “Raindrops” in a key scene in “Spider-Man 2” in 2004 underscored Thomas’ continued place as an identifiable cultural touchstone, and in recent years—as he continues to do 60-80 shows annually throughout the U.S. and tour internationally everywhere from Australia and Hong Kong to Paris — he has discovered through technology just how deep and loyal his fans’ commitment runs. A few years back, after an interview he did with an online DJ, the host put some music together for an one hour package that could be accessed online; Thomas had 3.5 million downloads in three days. Many of Thomas’ signature hits (from “Raindrops” to “Another Somebody Done Somebody Wrong Song” and “Lonesome”) find him seeking some level of positivity to overcome the proverbial universal battle with loneliness. He extended this theme into his successful late 70s-early 80s foray into gospel music, which earned him the first four platinum albums in the genre’s history: Home Where I Belong, Happy Man, You Gave Me Love and Amazing Grace. Four of the singer’s Grammy Awards were earned from his work in gospel, in the category of “Best Gospel Other: Incl. Sacred, Religious or Inspirational Recording, Musical or Non-Musical.”